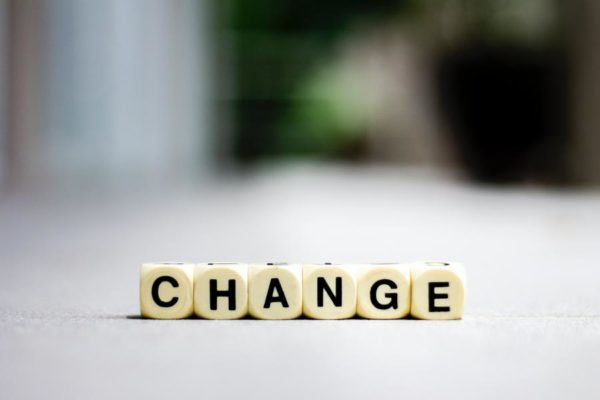 Last week we had the opportunity to lead a webinar for the Ohio Manufacturers’ Association.  Ohio-based manufacturing professionals in HR, Safety & Quality, and Plant Supervision among other departments tuned in to participate in our dialogue titled “Why You? Building the Case for Your Workplace.”

We discussed and considered how employers can take an introspective look at their organization – from the literal floors of the facility to the inner walls of the office cubes, and beyond.

As follow up questions were asked, one came in seeking recommendations on how to facilitate evolution within a company led by management reluctant to change.

In a situation where a colleague (whether peer or superior) has spent decades doing things a certain way and refuses to break from their ways, others on the team are faced with the tough challenge of getting this person to open up to change. The perspective of the reluctant individual needs to be acknowledged and understood. When proposing a new approach to something, it is important to inform on the potential value anticipated as a result of these changes. What will happen when you move from one platform to another? Why do the benefits outweigh the time, money and effort that will go into implementing that decision? Sharing not just vision, but projected results, and how it can benefit both them and the business, is key.

Is this leader still convinced it’s not sufficient? Stuck in their ways? We suggest taking a moment to consider the make-up of this person. What drives and motivates them? What makes them tick? Take your value proposition and translate it into terms that will matter to them.

Scott Hitchcock, Talent Acquisition Manager for Agricultural Design and Medina Turf Farms, has found success developing a unique approach to selling vision.  He says, “In order to accomplish this, you’ll need to understand the way your leadership evaluates new ideas and meet them where they’re at.”

Lead with numbers – they cannot be denied.

We’ve learned, if you’re able to justify the case for change using data, leadership will be far more likely to welcome new ideas.

Another productive tactic to achieve breakthrough is to share use cases. Leverage success stories from other companies who have found success carrying out a similar vision that you’re trying to implement. Oftentimes leaders who are resistant to new ideas will find comfort relating to other businesses who have already risked the path. If there are positive results to show, interest should pique!

Break it into Stages

Recently I had the chance to talk with an HR Manager who has been with her company for 23 years. Her heart aches because her company’s leadership refuses to evolve despite having the means to do so. From smoke stained offices to limited investment in employees, there is simply not a willingness to grow with the times. She has tried time and time again to sell the value but has been challenged to achieve traction.

We’ve found that sometimes management is opposed to change because it is too overwhelming all at once. Most desired plans have the potential to break out into multiple phases or stages. Simplifying a big idea into smaller steps may alleviate the fear of failure, not to mention, simultaneously soften both the velocity and impact of a sizeable undertaking.

There are countless ways to try to break through. Sometimes it is with diplomacy, sometimes with data and sometimes it comes down to getting creative. Regardless of how you do it, if you see something that you believe is critical to change, bring it up! The greatest regret will be leaving something left unsaid after the fact.